It’s August 14 (also known as the day in 2017 that I returned home from India). This time last year was so incredibly different from what’s happening now, this year. As many would say, it’s hard to believe how much can change in a year. It’s also difficult to comprehend my entire experience last summer. When I landed back in Des Moines after a long thirty hours of travel after 10:30 pm on August 14, 2017, I think I started to block out, or at least ignore, a lot of my experience of the previous two months. I had every desire to get back to “normal” and relax in familiarity. Culture shock, though, took charge in a lot of ways.

I’m writing this primarily to think through and digest that time. It is of particular interest to me right now because there’s a lot of comparing and contrasting between past and present that goes on as classes begin again and annual events commence.

Let’s get back on topic, though, and revisit that travel adventure back to good ole Iowa. The journey home began early in the morning (I think it was 1 or 2 am). Arjun, a driver for S.M. Sehgal Foundation, picked me up outside my building and drove the thirty minutes to a ginormous airport in New Delhi (the second-largest city in the world in terms of population). He dropped me off; I thanked him, and I went on my way.

To enter the airport, I had to display proof of departure (I used my printed tickets). It was a bit nerve-wracking, but I made it in and eventually found my airline and the queue was horrendous (despite the time of day). I remember buying a couple of Krispy Kreme donuts once I made it past customs and security and eventually regretting the purchase of two. They are way too rich to need two donuts that early in the morning.

I sat around, dealt with a gate change, and before I knew it I was in Abu Dhabi, United Arab Emirates. At that point, there wasn’t a huge amount of time before I had to get to my connecting flight. Once I finally hopped off the plane from New Delhi, I was speed-walking through that airport like Usain Bolt (if he was a speed-walker). I made it through security and arrived at US Customs, etc. Lucky for me, I was randomly selected for a more intensive screening. They scanned my feet, patted me down, and checked for chemicals. I certainly appreciated the safety precautions, but I did not enjoy the extra anxiety induced by the delay. Mind you, there were screens that said when certain gates were boarding or closing and by the time I had gotten through the US Customs security, my gate was flashing red with some sort of message about boarding.

After I explained my purpose of travel to the Customs agent, I practically raced to my departing gate. Low and behold upon my arrival, was a crowd of calm and collected people sitting quietly. They hadn’t even started to board. One thing’s for sure. They need to fix those stupid signs.

I boarded the giant plane and landed in Dallas, Texas nearly sixteen hours later. I was finally on United States soil again. It was comforting, for whatever reason. My first meal back in the States was a Godfather’s personal pan pizza. At that moment, it was probably the best pizza I had ever eaten. I  considered getting a haircut by the airport barber, “chillaxed” in the airport amongst Americans (can you believe it?), and tried to stay awake until my final stretch of the journey.

When I boarded that final flight to Des Moines, I immediately put on my sleeping mask and fell asleep. I don’t remember a single moment of that flight except for when we landed (I think I was just a tad-bit tired). It was a whirlwind.

I’ve attached some photos (a bit low-quality) from those thirty-hours below. 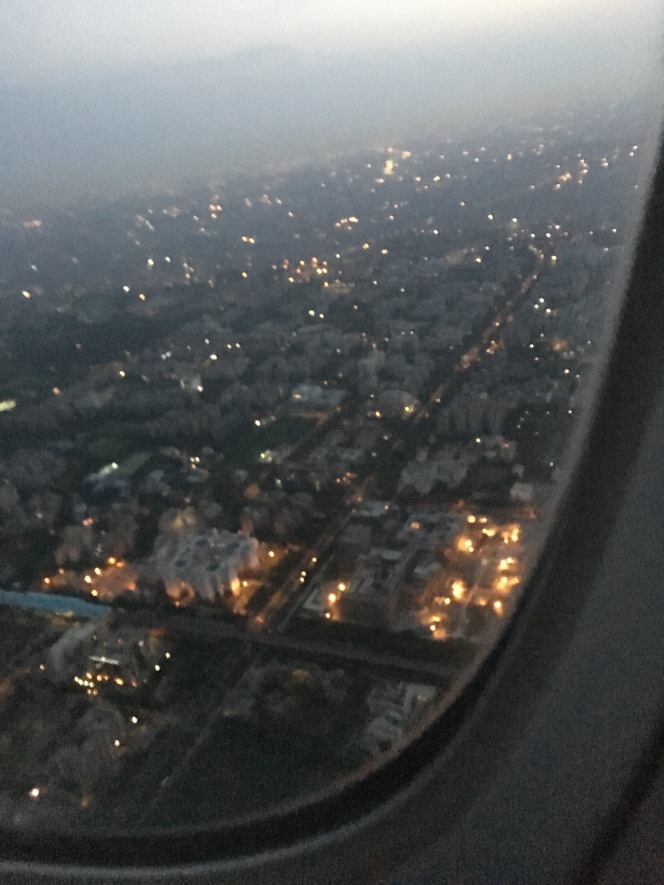